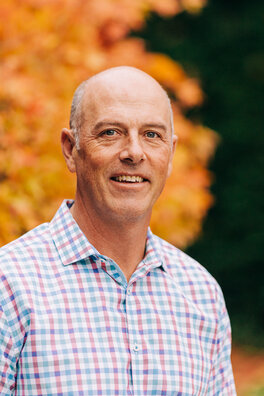 Dr. Doug chose chiropractic because he grew up in a chiropractic family and he loved the natural way of life. Dr. Doug's father, Brian Long, D.C., practiced for over 35 years loving every minute of practice until he retired in 2002. Dr. Doug and his wife, Dena, practiced together for 5 years until she decided to leave practice to be a full time mom.  She occasionally provides vacation relief for other chiropractors in the area.  Dr. Doug and his brother, Dr. Mike, practice together along with three associate doctors and their brother, Kevin, who is a licensed massage therapist. They also have three other licensed massage therapists working in their practice.

Dr. Doug's biggest achievement was becoming the youngest President of the Washington State Chiropractic Association, which is the only chiropractic organization in the state of Washington. In October of 2008, he was accepted for membership into the Chiropractic Knights of the Round Table, which is an elite group of successful chiropractors throughout the United States and Europe. He served on the Chiropractic Quality Assurance Commission (the state disciplinary board) from 2010 to June 2020. He has also been honored with three prominent awards in the chiropractic field, including the President's Gavel Award, Distinguished Service Award, and Outstanding Service Award - all from the Washington State Chiropractic Association. Dr. Doug was a member of the Tacoma Rotary No. 8 from 1994 to 2007.

Dr. Doug's goal is to have a practice full of people who understand the benefits of a healthy spine and nervous system and who are committed to staying healthy through chiropractic care for a lifetime.

Dr. Doug's biggest influence is his father and the chiropractors he grew up with in the Chiropractic Knights of the Round Table. He is also influenced by his young daughter Madeline, and his wife, Dr. Dena Long. He now hopes that he can influence each of his patients to make choices in their lifestyles today that will ensure a healthier tomorrow.

Send Us An Email Today!

Find Out When We Are Open